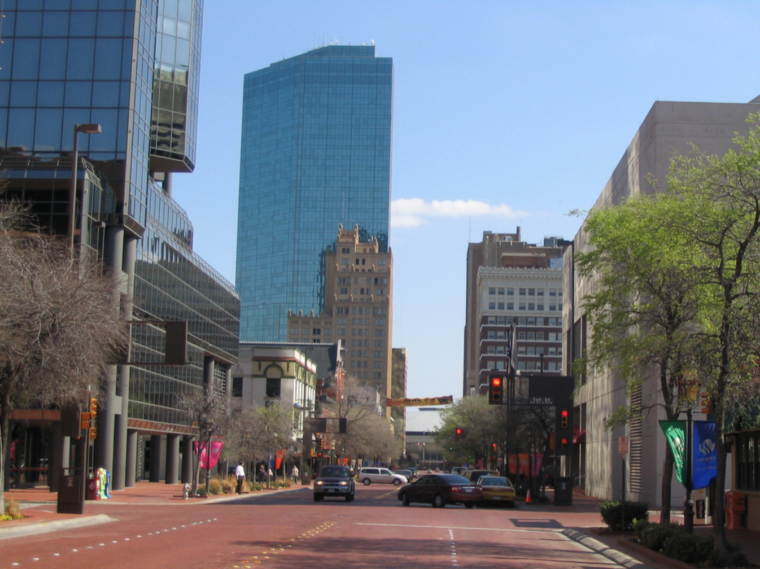 A new study reports housing units downtown will increase 36 percent, allowing up to 8,000 people to be residents of the area.

The study, by Downtown Fort Worth, Inc., found 1,516 new apartments and condos were under construction or completed last year – a 36 percent increase.

The apartment occupancy rate was 96 percent – even with the larger number of units.

New residential and office buildings are going in. Downtown saw $466 million in new construction permits from 2015 to 2017. (Source)

“We’ve been working for 25 years to create an environment that people want to live in and want to visit. It’s all coming together now.” – Andy Taft, President of Downtown Fort Worth, Inc. https://t.co/1bDd6ct7Vt

This new development is being matched by commercial development to serve those new residents to make life more convenient. For years, downtown residents didn’t even have a pharmacy walking distance. Soon, a new pharmacy is opening in downtown.

A two-story, “urban-style” CVS Pharmacy is on the verge of opening at Fifth and Houston streets, just outside the city’s Sundance Square. A handwritten sign on the window of the store tells customers the CVS will be “opening June 24, 2018.”

It will provide the center of downtown with its first full-service pharmacy within walking distance of Sundance Square since Eckerd Drug closed at 611 Houston St. (now the Library Bar) in 2001.

About 46,215 people work downtown, according to Downtown Fort Worth Inc. Another 7,612 people live downtown — many in the growing number of high-rise multifamily buildings. Also, downtown has 2,522 hotel rooms. (source)

Some critique has come in that most of the new apartments are upscale, offering little remedy for lower-middle-class people seeking residences.

But almost all of the apartments are being built for people who can afford quartz countertops, rooftop bars, concierge service for Amazon deliveries and remote-controlled stoves.

Almost nothing is being built for working class folks or recent college graduates moving to the area for an entry-level job.

Since 2010, 16,460 apartment units have been built in the Fort Worth area, according to RealPage, a real estate data company. But only 4 percent of these new units — a lowly 710 apartments — are now priced below the area’s average rent price of $1,093 per month. (source)

Some Controversy in Downtown Fort Worth

But downtown and the surrounding area isn’t without its controversies. A recent lawsuit was filed against the city by a construction firm who says it’s employees were subjected to arsenic and benzene in a project.

The Fort Worth City Council is expected to vote Tuesday to spend $85,000 on outside lawyers to defend a lawsuit alleging the city has mishandled the cleanup of toxic chemicals along the Trinity River near the Panther Island project downtown.

A city attorney acknowledges ground water on the property is contaminated with hazardous materials and said the city has a plan to clean it up.

Michael Evangelista-Ysasaga, CEO of a construction company hired to do excavating work on the property, put the city on notice he plans to file a lawsuit.

Evangelista-Ysasaga said his company, PennaGroup, was never told before it started the 2010 project that the dirt contained hazardous chemicals, and his workers immediately complained of headaches and dizziness. (source)

A new 27-mile TEXRail line will run from downtown Fort Worth to DFW Airport. But developers are already making big bets on the blocks around the stations and some are taking a unique approach.

A two-acre site at the NW corner of South Main and Vickery will be home to the first transit-oriented development in Fort Worth. Plans include a ten-story apartment building with retail space on the ground floor and a hotel next door.

And the downtown Fort Worth station will address another of the city’s biggest needs: affordable housing. Half the units to be built there will rent to people who make 60% of the area’s median income through a partnership with Fort Worth Housing Solutions. (source.)

And homes appear to be flying off the shelf, too. One zip code just south of the Fort Worth downtown area is the fastest area in the nation to flip and sell a house.

The 76119 zip code, which is located southeast of downtown Fort Worth and also covers portions of Arlington and Forest Hill, is tied with a zip code in Memphis, Tennessee, for the fastest average time to flip a home – buy it, renovate it and sell it – at 93 days. (source)

We are proud to serve clients around the nation. We also very much love our marketing agency’s hometown of Fort Worth.